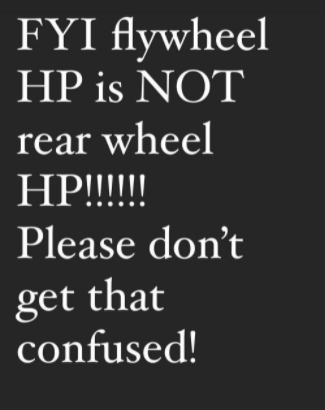 "Folks there is a difference! We had a customer upset with us. Because we sold an engine that didn’t make the same HP on a “chassis” Dyno as it did on our “engine” Dyno.
We were told we shouldn’t do that & It’s wrong.
Well I guess Toyota, GM, Ford & Chrysler shouldn’t do that either!
Anyone know what the industry standard is for Dyno testing engines?
Yep you guessed it! A engine Dyno!
Our customer is fine now that we explained the differences. We also explained that automatics with TQ converters, verses manual transmissions with Clutchs, rear gears, tires etc all affect RWHP (rear wheel horse power).
Now all is good in the land of Horse Power."

From this post found on Internet let’s start our explanation about Crankshaft power and Wheel power.

As everybody should know, USA and nearby countries are the only places where roller chassis dynamometers are asked to measure wheel power. And they are said to do so.

Dynojet® is of course the founder of this philosophy.

In many other countries, instead, crankshaft power (aka flywheel power aka engine power) is measured on roller chassis dynamometers and it’s well considered.

As it must be!

Since engines are prepared and tuned onto engine dynamometers, who cares about wheel power?

First of all, we have to say that the only way to really measure the power at the crankshaft on a roller chassis dynamometer is by means of measuring also the power lost in the drivetrain, like all Bapro products do.

It’s important to clarify this aspect, since sometimes also American dynamometers are said to give the crankshaft power but actually, they are doing that wrongly since they are guessing the lost power, instead of measuring it.

All this said, let’s have a look to the post above, done by an American engine maker.

He sold an engine with its professional engine dyno report, and the customer complained that this engine, mounted on a car, wasn’t giving the same wheel power if measured on a roller chassis dynamometer.

The same engine maker then says he had to explain to the customer that the transmission and the gearbox affect the wheel power measurement, so the roller chassis dynamometer cannot “speak the same language” of the engine dynamometer.

Well, we can say that this statement must not be true, they must speak the same language.

And the engine’s customer is wrong, but not because of his fault.

He is wrong because he doesn’t have a Bapro dynamometer.

If the customer had a Bapro dynamometer he would have looked at the crankshaft power instead of looking at the wheel power, in this way he could have had a reliable measurement to be safely compared with the measurement delivered by the engine maker. In this way no complaints and no upset people. 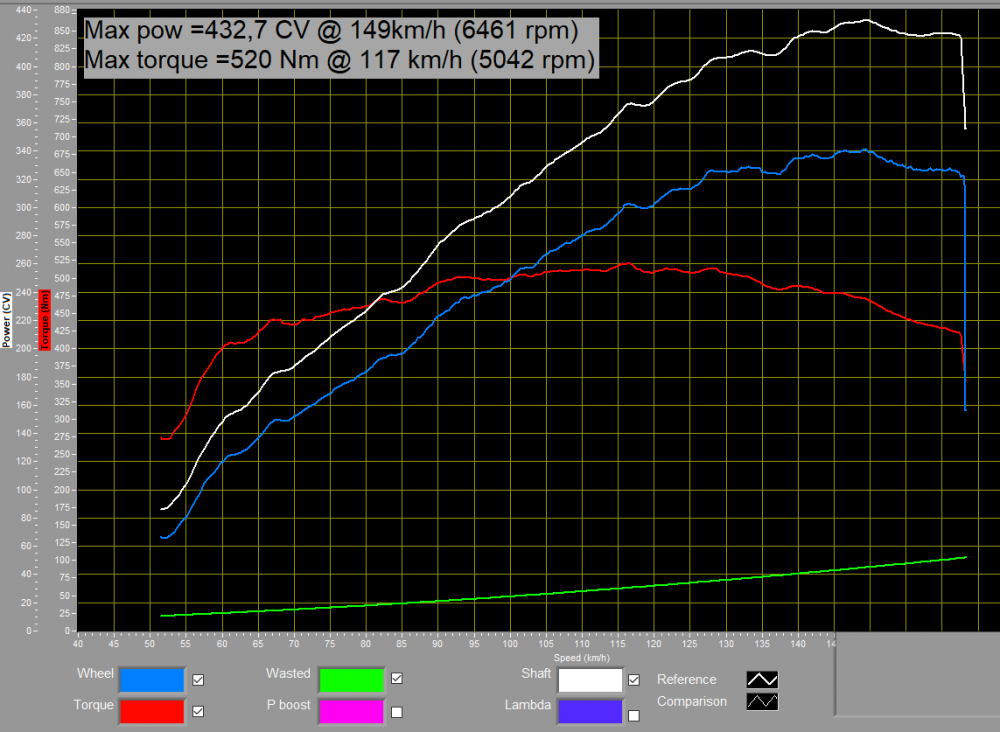